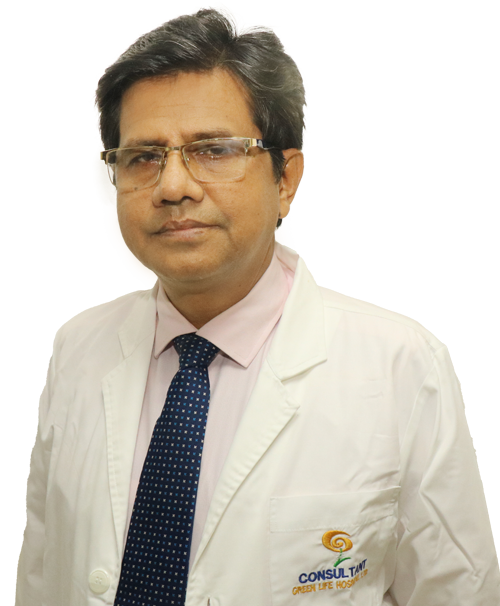 Professor Dr. Md. Abu Taher graduated from Rangpur Medical College in 1994 under Rajshahi University. June 24, 1997 he joined as Assistant Registrar at National Institute of Disease of Chest and Hospital (NIDCH), Mohakhali, Dhaka. He transferred to Ex. IPGMR hospital in 1998 and joined in same post mentioned above. After conversion of IPGMR into Bangabandhu Sheikh Mujib Medical University (BSMMU), he started working as Resident In Charge of General Surgery. He earned Master of Surgery (MS) in General Surgery in 2008 from BSMMU and was promoted as Assistant professor of Surgery in 2009.

He worked as Medical Specialist - General Surgeon in Mahalapye District Hospital, Botswana under Ministry of Health by holding the position Head of the Department of Surgery and Casualty (Emergency) department from 2010 to 2013 and it was 250 bedded hospitals. He obtained Membership (MASCRS) in 2017 and Fellowship (FASCRS) in 2019 respectively from American Society of Colon and Rectal Surgeons. He also obtained Fellowship from International Society of Colo-proctology (FISCP) in 2017. For his tremendous contribution in surgical field he earned FRCS from Royal College of Physicians and Surgeons (Glasgow) in 2019. He also obtained prestigious Fellowship (FACS) from American College of Surgeons in 2020.

Prof. Dr. Taher worked 14 year in General, Hepato-biliary and Endocrine Surgery and during this period he did most of the operations (Major and Minor) in these specialties he also performed emergency procedures in BSMMU. From 2013 he is working in The Department of Colorectal Surgery (BSMMU) and doing all kinds of operations by Open, Laparoscopic and LASER method. He is the pioneer LASER colorectal surgeon in Bangladesh. In 2013 Prof. Dr. Taher was promoted as Associate Professor and in 2019 as Professor of Colorectal Surgery.

He is interested to build his carrier in Colorectal Surgery and working in this department since 2013 and performing all kinds of colorectal surgeries. He also doing upper and lower GIT Endoscopy and performing diagnostic as well as therapeutic procedures endoscopically. He also involved in teaching and training of FCPS and MS Students and guiding Thesis and dissertation of different specialties. He had around 30 National and 3 International publications. He is arranging and participating in seminar, symposium and live workshops in national and international arena to know updates and recent advances in surgical fields and disseminating to fellow surgeons and students. He was organizing secretary (OS) of "Society of Endo-laparoscopic Surgeons of Bangladesh" (SELSB). Now he is the member of Convening Committee of Bangladesh Society of Colon and Rectal Surgeons” BSCRS and Treasurer of “Society of Surgeons of Bangladesh” SOSB.